Another Option to Address Pediatric ADHD 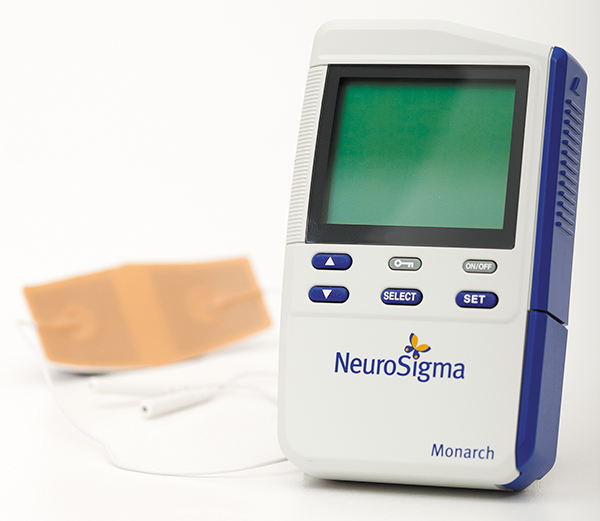 The Centers for Disease Control and Prevention (CDC) estimate a little more than six million children in the United States have ... or have had ... Attention-Deficit/Hyperactivity Disorder (ADHD). The latest statistics, pulled from the 2016 National Survey of Children's Health (NSCH), underscore how prevalent the disorder is with approximately 9.4 percent of children ages two-17 having been diagnosed with ADHD.

Currently, treatment options for ADHD typically include behavioral therapy, medication or a combination of the two. While the CDC stated there is no single source of comprehensive data on ADHD treatment, parent reports and claims data provide some insight into therapy preferences. Of those ages two-17 with a diagnosis, the CDC estimates:

On April 19, the U.S. Food and Drug Administration (FDA) cleared a new treatment option for pediatric ADHD - the Monarch® external Trigeminal Nerve Stimulation (eTNS®) System by NeuroSigma, Inc., a bioelectronics company based in Los Angeles. The Monarch eTNS System, the first medical device cleared to treat pediatric ADHD, is a prescription-only device cleared for use in patients ages seven to 12 who are not currently taking prescription ADHD medications.

Used while children sleep at night, Kealey noted the treatment allows users to go about their normal day without having to interrupt school or play time to take medicine. An electrical patch about the size of a large bandage is applied to the forehead before bedtime. The patch is connected to the handheld Monarch eTNS pulse generator, which is similar in size to a cell phone. "That generator creates a gentle electrical signal that stimulates the trigeminal nerve," said Kealey.

The Road to FDA Clearance

Even under the best circumstances, it may take years for a novel device to develop the data necessary to obtain marketing authorization from FDA . For NeuroSigma, the trek to FDA clearance began with an open label study enrolling 24 patients. That study yielded positive results that were published in 2015 and set the stage for a larger clinical trial, which was completed in 2017.

"Based on those results (from the open label study), the principal investigator at UCLA - Dr. Jim McGough - was awarded a grant from the National Institutes of Health to do a blinded trial, and NeuroSigma provided the devices for that trial," Kealey said. James McGough, MD, is a professor and child psychiatrist at the Jane & Terry Semel Institute for Neuroscience and Human Behavior at UCLA.

The NIH-funded, randomized, double-blinded trial enrolled 62 children with moderate-to-severe ADHD to assess the Monarch eTNS System's efficacy as a monotherapy to treat the disorder as compared to a placebo device. Kealey said the trial's primary endpoint was improvement on the ADHD-RS-IV. The ADHD Rating Scale is commonly used to monitor the severity and frequency of symptoms for children diagnosed with the disorder. In addition, the trial also looked at changes to the Clinical Global Impression-1 (CGI-1) scale, which measures severity.

Trial results were provided to the FDA last year and were published in the April 2019 issue of the Journal of the American Academy of Child and Adolescent Psychiatry. Children were randomized to use the Monarch eTNS or a sham (placebo) device for four weeks while sleeping. Those in the active group of the trial had statistically significant improvement in ADHD symptoms compared to the placebo group. The active group's average ADHD-RS score decreased from 34.1 points at baseline to 23.4 points (differential of 10.7 points) at the end of four weeks compared to a decrease in the placebo group from 33.7 to 27.5 (a 6.2-point differential). Similarly, between group comparison of the CGI-1 scores also favored the trial's active group(p = .003).

No serious adverse effects were observed with use of the device. The most common side effects were drowsiness, headache, trouble sleeping, fatigue, increased appetite and teeth clenching. Kealey said the eTNS has been approved in the European Union since 2012. "In all that time, there has never been a serious adverse event with the device that we're aware of," he said, adding it has a strong safety profile.

"We're in the process of preparing for launch," NeuroSigma President and CEO Leon Ekchian, PhD, said of the next steps. He added a pilot rollout will happen later this year, followed by a full market launch in 2020.

"What is important in pediatric ADHD is to be able to offer different options to parents," Ekchian said. "What we're offering is a non-stimulant, non-drug treatment to improve a child's ADHD symptoms."

He noted that at any given time, a little more than three million children are taking ADHD medication and that it is common to cycle on and off of drugs. "Our value proposition is we want to offer parents an alternative to the drugs. Of course, that's a choice between physicians and parents, but we now have this alternative that has a strong safety profile and limited side effects."

Pointing to the broader field of neuromodulation, Ekchian continued, "We view this as part of a broader treatment paradigm. These approaches have the potential to provide an alternative to the use of medication and offer a more targeted treatment approach."

He said that while at this time the Monarch eTNS is only cleared in the US for pediatric ADHD, NeuroSigma plans to perform additional studies in the future to explore potential use in conditions such as PTSD, epilepsy, depression. However, he added, NeuroSigma is laser-focused on introducing the ADHD application to providers, patients and parents as the company prepares for the national rollout and partnering opportunities outside the US.

"We think there's a really compelling opportunity for our eTNS system because we believe it's an alternative to medication with positive efficacy and a favorable safety profile," Ekchian concluded.

Journal of the American Academy of Child and Adolescent Psychiatry Article