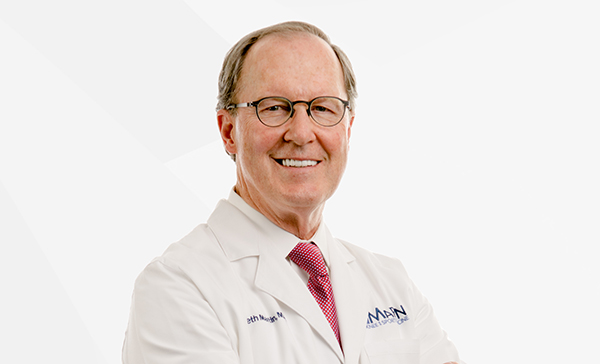 LITTLE ROCK - Performing a medical procedure frequently results in the best outcomes for patients. That is certainly the case for nationally renowned orthopedic surgeon Kenneth Martin, MD. Knee replacement and arthroscopic surgeries are his primary focus. He has done 15,000 knee surgeries and averages 1,200 to 1,400 surgeries per year at the Arkansas Surgical Hospital.

Martin was named one of 14 orthopedic surgeons in Arkansas recognized as "Best Doctors in America." He currently serves as chairman of the medical staff at Arkansas Surgical Hospital.

"As CEO of Arkansas Surgical Hospital, I have been privileged to work with Dr. Martin," said Carrie Helm. "He is one of the best orthopedic surgeons I have worked with. He provides an exceptional level of care and service to his patients. He is always looking for new opportunities to improve even though he is one of the top ranked physicians in the nation for his patients' results and outcomes. Dr. Martin has been a leader at our hospital and is one of the reasons our hospital has excellent outcomes. We are nationally ranked for top outcomes."

Martin is in surgery four days a week. With his busy schedule, that doesn't leave much time for hobbies.

"I really do like what I do," Martin said. "I like being a surgeon more than any hobby that I have."

Martin grew up in Rosin, Ark., which is about 20 miles from Pine Bluff. In high school, he was thinking about a career in engineering until he did some volunteer work at the health department. That led him to major in pre-med at the University of Arkansas, Fayetteville, before earning his medical degree from the University of Arkansas for Medical Sciences (UAMS) in Little Rock.

Martin played football and ran track in high school, so he was naturally drawn to sports medicine.

"My interest in athletics, as well as my fascination with the mechanical nature of the musculoskeletal system, led me to orthopedics," Martin said. "After starting orthopedics, I liked most aspects of it, but especially the knee joint. Knees are so often injured, and I like working with athletes."

Martin works with teams at Little Rock Christian Academy, the University of Arkansas at Monticello, and Ouachita Baptist University.

"Being able to participate in athletic activities is a very real-life quality issue for athletes, whether they are professional or just weekend warriors," Martin said. "It is critical for their well-being that they be restored to their full range of living. Plus, athletes are fun to take care of. They are really motivated to maximize their health."

Martin has seen great improvements in orthopedics since he began practicing.

"Even though I do a lot of knee replacement, an exciting part right now is knee preservation," Martin said. "A really great thing we have right now is autologous chondrocyte implantation. That is where we take a patient's own cartilage and are able to culture additional cartilage cells and then implant that into cartilage defects in the joint. We have been doing it three years or more now. We send the patient's cartilage cells to a company and they send us back cells implanted on a sheet of biologic tissue. Then we implant that into the joint. It is mainly approved in younger people from ages 15 to 55, and only certain defects qualify. But we have been able to help a lot of younger people with knee pain from early cartilage damage that we didn't have a good option for before. We have people in their 20s and 30s with defects causing significant pain. We transplant these chondrocytes into the knee and it greatly improves their pain and their quality of life."

Martin would like other healthcare providers in the state to know that there are excellent options for younger people that allow surgeons to be more aggressive on joint repair rather than replacement. "If people are young and have joint pain, there are some options besides replacement that we can do," he said.

One reason he does so many surgeries is the demand for joint replacement is rising because of the large number of baby boomers turning age 65 and older. Joint replacement surgery has also improved in recent years and saves numerous patients from spending their retirement either in pain or in a wheelchair.

He started Martin Orthopedics at 5320 Markum in Little Rock in 1990 after leaving another group in Pine Bluff. He was solo for ten years, and it could be challenging not having anyone else available to take his calls. But now he has two partners, Clay Riley, MD, and Joel Smith, MD.

"I never dreamed I would have such a busy practice," Martin said. "I am busier than I have ever been and have hired several para-professionals and two young orthopedic surgeons to help in the practice."

Although he doesn't have many hobbies besides reading, he recently started playing golf.

"I just started taking a few lessons, but so far it has been fun and challenging," he said. "I just need more time."

Martin's wife of 43 years, Susan, works in the office handling financial aspects of the practice. They have four children: Laura, 40, Anna, 36, Mary Susan, 33, and Drew, 32. They also have four grandchildren.

They attend New Life Church of the Greater Little Rock campus. Martin is on the trustee board and his wife teaches a women's Bible study. 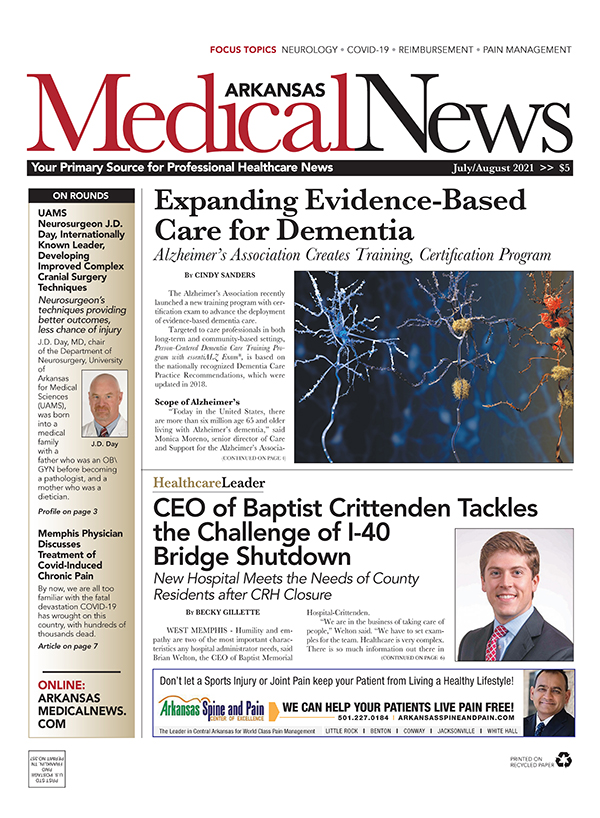