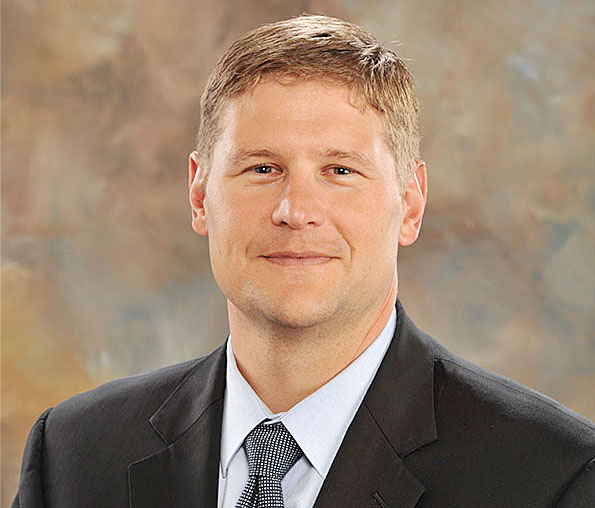 Unity Health President/CEO Steven Webb has come home, and he wouldn't have it any other way. The Searcy native took the reigns at locally owned Unity Health in 2018, and is growing the non-profit system through unprecedented times.

At home in Searcy

Born into a preacher's family, Webb spent his childhood years in Arkansas and northern Mississippi. "I always came back to Searcy for holidays and summers because both sets of grandparents were here," explained Webb, whose grandfather was postmaster in nearby Judsonia. "It's part of my past and present and I like that." He said the area's small-town feel, faith-based community and geographical location are strong draws for he his wife, and their four children.

Today, Webb is leading more than 2,250 associates and 160 physicians at the 571-bed system spanning three campuses. Since his earliest days in outpatient care at UAMS, Webb has grown to appreciate the complexity of healthcare. "There are so many aspects of it, but you grow up thinking of a hospital a certain way and don't really grasp the full picture until you get in there and experience it," he said. "So many pieces of a puzzle have to come together to deliver good care. That's what drew me in." A devout Christian, Webb also was drawn to Unity's faith-based mission. "I try to live those values, which makes it easier to come to work in a place where you can be open about that and share your thoughts," he said. "I got into healthcare because I wanted a ministry to serve others. Healthcare has given me that opportunity to put others first. It's more of a calling or a ministry than a job."

Webb's arrival at Unity ushered in the well-earned retirement of Raymond Montgomery II, former system president/CEO and a well-respected leader in Searcy's healthcare community. Webb said the two still meet regularly to discuss the future of the system. "I've been very fortunate to benefit from his wisdom, and willingness to serve as a mentor," said Webb. "Mr. Montgomery also remains on the board, so he's still an important part of the organization and is a great resource to tap into." Webb describes his own management style as "participative and behind the scenes," and is eager to solicit feedback before making big decisions. "I have a lot of smart people around me who I go to," Webb said. "I try to be really open and seek out participation." That team approach was passed down from Montgomery, whose own philosophy of "Love God and love the people" shaped Webb's own motto: "Work hard, do the right thing and have fun at work."

Founded in 1969 as White County Medical Center, the hospital became Unity Health in 2015 with the purchase of Harris Hospital in Newport, and the launch of a Graduate Medical Education program. In 2016, the system became the first in Arkansas selected to join The Mayo Clinic Care Network - a unique collaboration between Mayo Clinic and independent healthcare organizations. The network connects Unity Health providers with Mayo Clinic specialists and clinical resources as well as access the latest Mayo Clinic knowledge and expertise.

Today, Unity Health includes more than 20 locations serving patients in eight counties. The Searcy hospital is only 45 minutes from Little Rock's busy medical community, but expanding providers and specialty services mean patients have fewer reasons to make the drive. "We've got great quality physicians and associates who I'd put up against any hospital in Little Rock," Webb said. "It's a competitive world but our team does it really well." And while COVID-19 has forced a priority shift in recent months, Webb remains focused on continued growth. In 2019 the system added dozens of providers including specialists in rheumatology, neurosurgery, otolaryngology and hematology, and has begun expansion of the Pyeatt Family Cancer Center in Searcy. Slated for completion mid-2021, the project will double the facility's square footage to 15,500.

"Being able to meet healthcare needs has been really important for us," Webb said. "Traveling is inconvenient for many patients but it's impossible for some. We want to know how we can take care of people here and provide them with the best treatments available."

Now home to the second largest GME program in the state, Unity Health also is striving to be a Top 100 teaching hospital, and has designed their strategic plan around the goal. "We want to become a place that's recognized nationally for the quality of work we provide," said Webb. "It's really important for the state of Arkansas to have quality physicians, and we want to create more opportunities to train them locally and encourage them to stay, so we're putting a lot energy into increasing our regional presence."