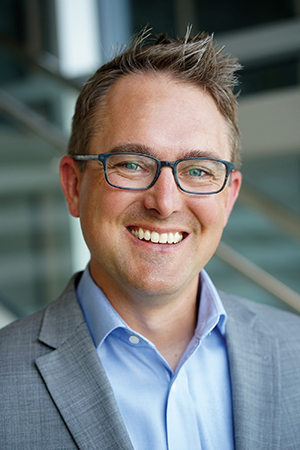 The largest orthopaedic practice in Arkansas recently celebrated its first year post-merger, and is flourishing under the thoughtful leadership of CEO Levi Bauer, MBA. In June 2019, the Missouri native stepped up to lead OrthoArkansas following its partnership with Arkansas Specialty Orthopaedics. Once competitors, the Little Rock-based practices now comprise 34 physicians, 13 physician extenders and 400 employees in eight clinics.

The road to Arkansas

"I've been interested in business leadership since I was eight years old," laughed Bauer. "In those exercises where you draw what you want to be, I was always a guy in a suit with a suitcase." Originally from Springfield, Missouri, Bauer's family moved to St. Louis and then Nebraska, where he later received his bachelor's degree in economics from the University of Nebraska-Lincoln. While working as a project manager for Securities America, Inc., Bauer pursued his MBA from the University of Nebraska-Omaha. He went on to serve as chief operating officer at HDM Corporation and director of financial operations at Surgical Care Affiliates before serving as division director of orthopaedics, spine and neurosciences at Omaha's CHI Health. "Once I hit healthcare, my eyes widened, and it became clear what I could do with my life and put my skills and talents to good use," he said. "I could use my business talents to help make people's lives better, and orthopaedics is the perfect mix of healthcare and business."

While mergers can be notoriously tricky, Bauer said the opportunity to be on the ground floor and help shape OrthoArkansas' new culture was an exciting opportunity. "I'm big on creating a place at which employees love to work," he said. Following a two-year merger process, Bauer has been focused on blending two distinctively unique cultures, building new foundations and laying groundwork for fresh relationships and processes - the new OrthoArkansas way of doing things. Bauer said 2020 started off incredibly well for the practice, and that they've excelled despite the unforeseeable challenges of COVID-19. "Our employees have had to go to battle together, and these challenges have brought them together in so many ways," he said. "We've been very proud of the team and how they've handled everything. They've led with ingenuity and crisis planning while focusing on what's important and leaving the noise to the side." Their teamwork was reflected in OrthoArkansas' near immediate transition to curbside check in - a protocol embraced by patients that will likely remain for the foreseeable future. Telemedicine also was enacted within 24 hours. "It's been an incredible thing to be a part of and watch," Bauer said. "Our team has demonstrated that they're always prepared for innovation."

Despite the ongoing challenges of a global pandemic, Bauer is moving forward on the new OrthoArkansas Spine Institute. The "one-stop shop" for spine care is located on the third floor of the Little Rock Midtown clinic and is expected to open early 2021. Bauer also is overseeing the transition toward more outpatient surgeries, including the use of robotic-assisted technology at OrthoArkansas' two outpatient surgery centers. "We continue to be innovators in the area of outpatient surgery, and patients love it," he said, noting that robotic-assisted surgery is already offered to inpatients at St. Vincent and Baptist Health facilities. "Our overarching goal is getting people back to living lives they're meant to live," said Bauer. "We want that to drive what we're doing, and within that goal our focus is on patient satisfaction. It's a tough goal to meet, but we want 100 percent of patient experiences to be 'wow' experiences, and we want employees to love being here. Working at OrthoArkansas should make your entire life better, and it's been going really well."

While becoming CEO of one of largest physician groups in the state is a tremendous accomplishment, Bauer is quick to credit his success to a dedicated team, coupled with a constant desire to understand bits and pieces of a rapidly evolving industry. "Part of a CEOs job is to ensure a great team and developing that team over the last year has been so satisfactory for me," he said. "Helping others understand the concept of their team is 80 percent of your success and seeing them build their teams has proven successful as well." When he's not working, the father of seven (ages two to 13) enjoys reading, weight training, running and baseball coaching. He's also transitioning to his new life in the Natural State - a place he considers "breathtaking" for its lakes and mountains. "The people of Little Rock have blown me away by how nice they are, and how quickly they are to strike up a conversation," he said. "You don't find that anywhere else, but it's very apparent when you're not from here." 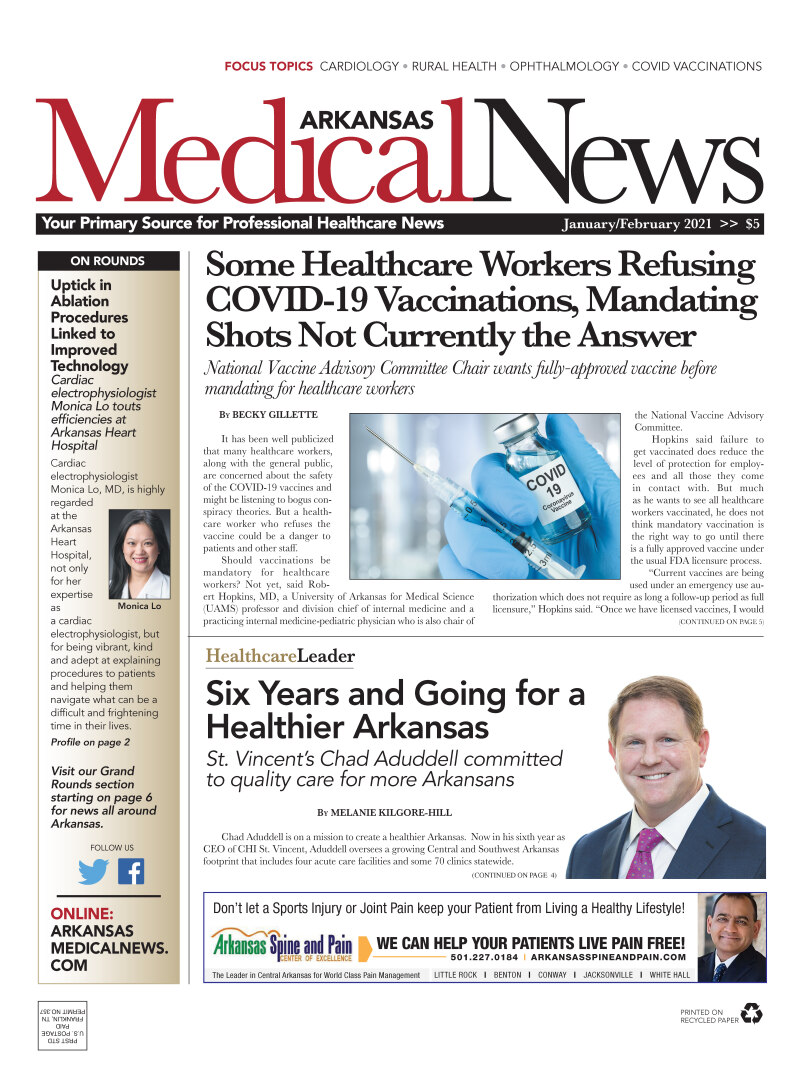