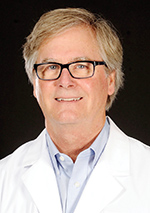 LITTLE ROCK -- G. Thomas Frazier, M.D., an assistant professor in the Department of Orthopaedic Surgery in the College of Medicine at the University of Arkansas for Medical Sciences (UAMS), was invested Dec. 19 in the inaugural G. Thomas Frazier, MD Chair in Hand and Upper Extremity Surgery.

Frazier joined UAMS in 2017, where he specializes in hand and microsurgery and has a special interest in joint replacement of the hand, wrist and elbow, and joint arthroscopy for the elbow and wrist, minimally invasive surgeries in which a tiny camera is inserted into the joint through a small incision, thereby avoiding traditional open surgery.

Ellis Walton provided funding for the chair to honor her son-in-law Frazier's contribution to the treatment of the hand. She and her late husband, Gus Walton, have been graciously philanthropic to UAMS in various capacities over several decades, and the Department of Orthopaedic Surgery and specifically the Section of Hand and Upper Extremity Surgery has been near and dear to their hearts. She has volunteered with the Winthrop P. Rockefeller Cancer Institute, and has served on boards for the Donald W. Reynolds Institute on Aging and the Psychiatric Research Institute.

The ceremony hosted a packed house on the 12th floor of the Jackson T. Stephens Spine & Neurosciences Institute, many from Frazier's hometown of Hope. That sense of community was referenced many times, including Frazier's longtime friend and fellow Hope native Larry D. Wright, M.D., an associate program director for internal medicine residencies and associate professor in the Department of Internal Medicine.

Frazier was presented with a commemorative medallion by Patterson and Westfall. He thanked his mentors, colleagues and family, and presented roses to his wife, Cynthia Walton Frazier, and his mother-in-law.

C. Lowry Barnes, M.D., chair and professor of the Department of Orthopaedic Surgery, has a special relationship with Frazier, having known him since Barnes was a medical student at UAMS and Frazier a resident. Both men helped form Arkansas Specialty Orthopaedics, with a focus on sub-specialty orthopaedic care, where Frazier served as chairman of the board and Barnes was president and managing partner.

Frazier grew up in Hope, Arkansas, graduating from Hope High School and later Hendrix College with a Bachelor of Arts in biology. In 1982, he graduated from the UAMS College of Medicine and completed an internship with the Department of Orthopaedic Surgery, where he was selected Outstanding Intern. He completed his orthopaedic residency in 1987, and Hand and Upper Extremity Surgery Fellowship in 1988, both at UAMS. Frazier then joined Orthopaedic Associates to practice and helped start the Arkansas Hand Center in 1991. Along with his colleagues, Frazier helped provide the entire spectrum of hand care for Arkansas. In 1998, the Arkansas Hand Center joined with Orthopaedic Specialists and the Arkansas Spine Center to form Arkansas Specialty Orthopaedics.

Frazier is a member of the American Society for Surgery of the Hand, the American Academy of Orthopaedic Surgeons, the Mid-America Orthopaedic Association, the Southern Orthopaedic Association and the Arkansas Orthopaedic Society. He is board certified in orthopaedic surgery and holds a certificate of added qualification in hand surgery. He has been listed in "Best Doctors in America" each year since 2004. Frazier has served as an inaugural board member at Access Schools, a member of Hendrix College's Physician's Advisory Council, a board member and president of The Anthony School, and on the Potluck Food Rescue's board of directors. 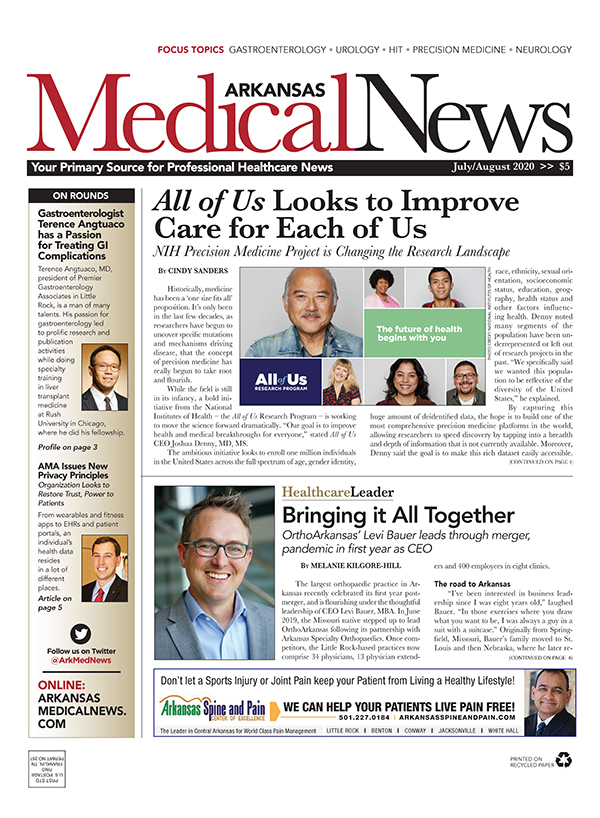