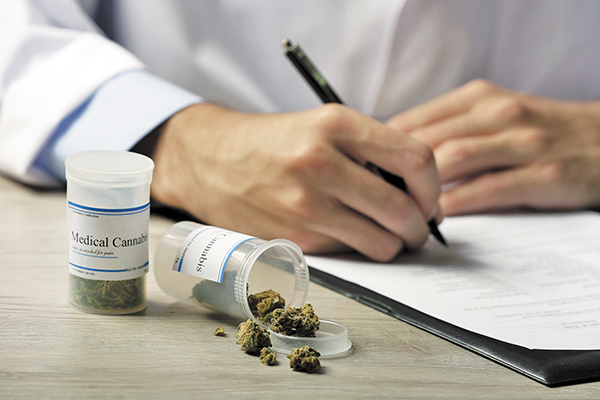 Some healthcare professionals in Arkansas hesitate to even use the term "medical marijuana," pointing to a dearth of scientific studies that could be used to properly prescribe cannabis for different health conditions. Regardless, purchase of a large number of different types of medical marijuana and CBD products is spreading rapidly, creating a Wild, Wild West landscape.

Physicians are unable to make specific recommendations about what people should do because there is no evidence-based data to back that up, said William E. Fantegrossi, PhD, associate professor, University of Arkansas for Medical Sciences College of Medicine Department of Pharmacology and Toxicology. "Different formulations might be better for problems such as chronic back pain than for something like anxiety and insomnia."

All physicians can do is tell their patients with qualifying conditions that while marijuana is an option, there isn't enough information available about which strains of cannabis may be helpful for different conditions or the best delivery method - whether edibles, topicals, inhalables or sublinguals. 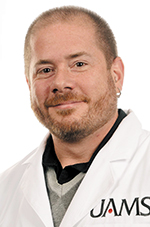 "People are left to their own devices to choose the medicine, which we don't do with any other kind of drug," Fantegrossi said. "You would never tell patients they have permission to pick out anything on the shelf. We have decided marijuana is a medicine not because anyone is overwhelmed about how effective it is, but because we voted on it. There is a lot of catching up to do to find out what it is best for, and how individual formulations may be better at treating specific conditions."

Is medical marijuana safe? Fantegrossi said it depends on how you define safety. From the gross pathology standpoint, marijuana is a very safe drug.

"You don't typically have any issues with overdose," Fantegrossi said. "The adverse effects people experience are not particularly severe and are generally related to inexperience with the drug. They have tachycardia, and don't know that is an expected effect. Even in cases when people buy a marijuana brownie that is meant to be split into nine doses, and they eat the whole thing by mistake, they will be intoxicated longer than they expected, but it is not a medical concern. If you think of safety that way, it is a relatively safe drug."

But someone can become dependent on cannabis and withdrawals can be unpleasant.

"There are risks and benefits as there are with all drugs," Fantegrossi said. "It is no different than with prescription drugs."

Other issues can be slower reaction times, foggy thinking and general impairment that can make someone unable to drive safely or perform well at work.

One of the most repeated arguments for medical marijuana is that it is safer than opiates to alleviate pain. But early research indicating states with medical marijuana having a lower opiate overdose rate than states that don't, didn't stand up when the study was continued for a couple of years.

"The initial finding was spurious," Fantegrossi said. "That argument has gone away. That kind of sucks the air out of it. It is hard to be an advocate of it. I have never been impressed with the efficacy of cannabis for almost any of the things it is being marketed for. We have other drugs that are safe with low abuse potential. And I'm not aware of any other medications we give to people by a smoking route."

He also said telling people to smoke a raw plant material is a lousy way of getting the drug into the body. "And you have given people an entire plant, instead of what is in the plant that may be having the therapeutic effect," he said.

While there is considerable lore about cannabis in books, magazines and movies, Fantegrossi said very little of it is based on research.

"There are a lot of myths and misconceptions," he said.

However, his advice to physicians whose patients want a Physician's Letter of Certification allowing them to get a marijuana card, is to grant the request as long as the patient meets one of the access conditions under the law. But physicians should warn patients with COPD or other lung conditions, that smoking is not recommended.

"Smoking is a good way to get drugs rapidly in the brain, if that is what you are after," he said. "It goes straight to the heart, the heart beats, and it goes right to the brain. It is about as a fast as an intravenous injection. You can understand why people smoke certain drugs of abuse."

John House, MD, who operates the Medical Canna Clinic in Springdale, agrees there is a lack of good information about how to use medical marijuana. He said that is because it has largely been illegal even to study it in the U.S. because of being designated a Schedule I drug with no recognized medical use.

House said it is his understanding dispensaries are required to have people on staff who would be knowledgeable on the effects of various strains.

"I do give people as much information as I can about the various strains and the way they will affect a person," House said. "I never recommend that anyone smoke it. Typically, I would recommend an edible for long action, a tincture under the tongue for short action and a topical for pain that can be reached, like a twisted knee or sprained ankle."

House said many of his patients say cannabis helps them, but he doesn't buy some of the claims such as cannabis preventing cancer.

"Obviously, I'm not seeing the case for that," House said. "There is a lot of misinformation, but we are also seeing some very real benefits. The biggest areas people report improvement is in pain, insomnia, seizures and nausea.

Those are the four areas my patients report seeing the best results. I'm hoping this coming year the legislature will expand the conditions eligible for cannabis access because there is good evidence that particular strains can help with anxiety and depression."

House said patients who were able to obtain medical marijuana because of other qualifying conditions have reported improvement with depression. Some have reported a tincture under the tongue can bring quick relief from a panic attack.