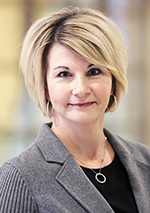 Vanessa Harper was promoted to vice president of operations for Mercy Hospital Northwest Arkansas in Rogers. Harper has more than 25 years of health care experience, including 18 years in human resources. A co-worker at Mercy since 1993, Harper most recently served as executive director of strategic initiatives. Her experience includes working with nursing departments, process improvement initiatives, as well as spending time in her early career in Mercy clinics. Harper will oversee hospital operations in environmental services, linen, nutrition services, dieticians and security. 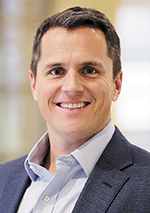 Will Tommey has been promoted to director of operations for Mercy Hospital and Mercy Clinic in Northwest Arkansas. With Mercy since 2015, Tommey most recently served as the manager of business surgical services. He earned a master's degree in accounting from the University of Arkansas and is currently pursuing a master's degree in health care administration. Tommey is a U.S. Army special forces veteran and has experience working as a revenue accountant. He will provide analytical and operational oversight supporting multiple areas throughout the hospital and clinics.