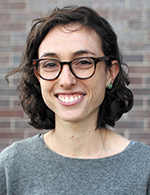 On May 9, 'the pill' celebrates 60 years of approval from the Food and Drug Administration. While no over-the-counter option is currently available, a growing chorus of women's health providers, researchers and advocates is calling for improved access to oral contraceptives.

In April, new findings on the impact of over-the-counter costs for birth control pills on both use and unintended pregnancy were released in Women's Health Issues, a peer-reviewed, bimonthly journal of the Jacobs Institute of Women's Health.

"Modeling the Impacts of Price of an Over-the-Counter Progestin-Only Pill on Use and Unintended Pregnancy among U.S. Women" primarily looked at data from a nationally representative 2015 survey of more than 2,500 American women ages 15-44 to assess interest in using an OTC progestin-only pill at different price points. The analysis also utilized the National Survey of Family Growth 2013-15, which was released from the National Center for Health Statistics in 2016, as well as 2017 population data from the U.S. Census.

According to the analytical study: "In a model assuming no out-of-pocket costs, more than 12.5 million adults and 1.75 million teens reported likely use of an OTC progestin-only pill if available. Among adults, this resulted in an estimated 8 percent decrease in unintended pregnancy in one year. Adult and teen women on average were willing to pay $15 and $10, respectively, resulting in 7.1 million adult and 1.3 million teen users and an estimated 5 percent decrease in unintended pregnancy among adults."

Lead author Alexandra Wollum, MPH, senior project manager with Ibis Reproductive Health, noted, "These results show that an over-the-counter, progestin-only birth control pill at a low or no out-of-pocket cost has the potential to decrease unintended pregnancy rates and expand access for people of all ages."

Improving affordable, equitable access to healthcare is a timely topic with experts at the International Monetary Fund projecting a nearly 6 percent contraction in the U.S. economy in 2020. In the wake of layoffs resulting from COVID-19 business closures, more than 26 million Americans filed for unemployment over a five-week period between March and April, wiping out nearly a decade's worth of job gains and decreasing access to employer-sponsored insurance coverage.

"The findings of this study are particularly important in the middle of the public health crisis we're facing now," said Wollum. "As people struggle with mounting job losses and economic insecurity as a result of the COVID-19 pandemic, they must be able to obtain an affordable birth control pill over the counter to control their reproductive health. This study highlights the need for low or no out-of-pocket cost progestin-only birth control pills that are available over the counter to better meet people's healthcare needs."

"This study shows that people are willing to pay something out-of-pocket for the convenience of getting progestin-only pills over the counter," added co-author Dan Grossman, MD, professor in the Department of Obstetrics, Gynecology and Reproductive Science at the University of California San Francisco and director of Advancing New Standards in Reproductive Health (ANSRH) at UCSF. "But in order to best meet people's needs and help them plan their fertility, over-the-counter pills should be fully covered by insurance without co-pays and available at a very low cost or no cost for those without insurance,"

An earlier study published in February 2015 in the journal Contraception demonstrated affordability as a key factor for using OTC oral contraceptives among low-income populations. However, that study - led by Diana G. Foster, PhD, of ANSRH and co-authored by Grossman - did not use data that specifically looked at progestin-only pills (POP) in comparison to combined oral contraceptives (COC), which use both estrogen and progestin to prevent unintended pregnancies. While there are a wider choice of prescription COC options compared to prescription POPs (also known as the minipill), both are effective forms of contraception if taken appropriately. The new study specifically looked at the POP option, which has garnered growing consensus among industry groups as the more likely version to gain FDA approval to become the first oral contraceptives available without prescription.

The American College of Obstetricians and Gynecologists (ACOG) has issued a committee opinion highlighting barriers to access as one of the key reasons women don't use contraceptives consistently. Furthermore, the committee also found cost to be part of the larger access issue. "Pharmacist-provided contraception may be a necessary intermediate step to increase access to contraception, but over-the-counter access to hormonal contraception should be the ultimate goal," the opinion states. In addition to OTC oral contraceptives, ACOG has also called for similar access to vaginal rings, the contraceptive patch and depot medroxyprogesterone acetate injections without age restrictions.

The Jacobs Institute of Women's Health was founded in 1990 and is part of the Milken Institute School of Public Health at George Washington University in Washington, D.C. Women's Health Issues focuses on research related to women's healthcare and related public health policy.