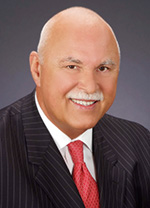 Fleetwood joined the 109-year-old company in 1975 where he first served as general manager of the company's Little Rock office. He was promoted to CEO in 2000, and during his tenure has helped oversee the expansion of the company from one single central location to a company with ten locations across the state of Arkansas.

During Fleetwood's tenure, he has played a critical role in helping the company adapt to significant changes in certain areas of the industry including reimbursement, regulation, compliance, educational requirements and state licensure. At the time Fleetwood joined Snell Prosthetics & Orthotics (then known as Snell's Limb & Brace Company) computers didn't exist in the office, and most O&P devices were still being fabricated from decades old methods.